What Is an Antibiotic?

The word “antibiotic” is familiar to everyone, and there is hardly a person today who has not taken antibiotics in one form or another – internally or externally. The advent of antibiotics allowed mankind to make a huge leap in medicine and began to save hundreds of millions of lives. In the past, it was enough to catch pneumonia for a person’s life to be finished – in most cases, this disease ends in death without the use of antibiotics, and it doesn’t matter if a person fell ill at the age of 10, 40 or 70 years old, not to mention dozens of other diseases, wounds and injuries, surgical interventions in which one cannot survive without antibiotics.

But what are antibiotics exactly?

It should be noted that not all drugs with antibacterial activity are antibiotics. Fully synthetic drugs that have no natural analogues and prototypes and have a similar inhibitory effect on bacterial growth as antibiotics are traditionally called not antibiotics, but antibacterial chemotherapy drugs.

When To Use Antibiotics

One of the main uses of antibiotics is the treatment of such common diseases as pneumonia (this disease is most often caused by bacteria of the staphylococcaceae family), syphilis (treponema pallidum) and tuberculosis (the causative agent is mycobacterium tuberculosis, known as Koch’s bacillus).

In everyday life, most often we encounter diseases of the upper and lower respiratory tract. In this regard, the most pressing question is whether antibiotics are needed in the treatment of URTI? It should be noted that antibiotics can treat diseases caused by bacteria, as well as fungi and protozoa, but not viruses. So does it make sense to take an antibiotic for every URTI disease? The natural frequency of respiratory tract infections is up to 5 times per year in adults and up to 8 times per year in children. Taking antibiotics for each such infection is fraught with an excessive burden on the body, especially since acute rhinitis, acute pharyngitis and acute bronchitis in most cases are caused by viruses. Antibiotics are useless for their treatment.

Also, the persistence of elevated temperature for 3 days or more is not an indication for taking antibiotics, as previously thought, because it may be a reaction of the body to the virus. You should think about taking antibiotics for sore throat, acute otitis media and sinusitis, because in the vast majority of cases they are caused by bacteria. If the temperature persists for more than a week, it is necessary to consult a doctor and undergo an examination, because the persistence of an elevated temperature, especially low-grade fever, may be due to various reasons, this condition does not necessarily need to be treated with antibiotics. Antibiotics are an unconditional achievement of civilization, but they should be taken with caution, preferably under the supervision of a doctor and strictly according to indications. Otherwise, either they will not help, or the body will begin to develop resistance to antibiotics, and when they really appear needed, they will be powerless.

What DO antibiotics treat?

Antibiotics treat a wide range of different diseases, both common and unsurprising to us, and those that few have heard of. Antibiotics are used to treat infections of the upper and lower respiratory tract, urinary tract, in particular sexually transmitted infections, to treat severe infections like anthrax, tularemia, brucellosis. Certain groups of antibiotics are used to treat serious infections such as blood poisoning and peritonitis, they are especially important for saving the lives of the military, as well as those injured in accidents and disasters.

Antibiotics treat some fungal diseases, despite the fact that they are gradually being replaced from this niche by specialized antifungal drugs. Quite often, antibiotics are used to treat parasitic diseases.

Some antibiotics have a strong inhibitory effect on the growth and reproduction of bacteria and at the same time cause relatively little or no damage to the cells of the macroorganism, and therefore are used as well-known antibiotics that are familiar to us. Some antibiotics, which are more toxic to the body, are used as cytostatic (antineoplastic) drugs in the treatment of cancer. Antibiotics are needed to treat life-threatening conditions caused by bacteria, such as sepsis, which is the body’s extreme response to infection. Read more

Antibiotics are not some kind of universal medicine. Antibiotics do not work on viral infections. ( Read more). So, antibiotics will not help with acute influenza, in the initial period of SARS, with hepatitis A, B and C, with HIV, herpes, rubella, measles, cytomegalovirus. Antibiotics should be added to the treatment of URTI only when a bacterial load is added to the viral load. This usually occurs no earlier than 5 days from the onset of the disease. Antibiotics also do not make sense to use in intestinal disorders caused by unusual food. Meanwhile, in some cases of diarrhea caused by harmful bacteria, antibiotics are effective. Fungi of the genus candida and most worms are not treated with antibiotics. Also, antibiotics do not help with autoimmune diseases like rheumatoid arthritis, lupus erythematosus. It should be noted that even those diseases that were previously successfully treated with almost any antibiotics, such as meningitis, typhoid fever and tuberculosis, today have become very difficult to treat due to the fact that the abuse of antibiotics leads to a rapid increase in bacterial resistance.

When NOT To Use Antibiotics

It should not be assumed that if the disease is caused by bacteria, then antibiotics should be started immediately. If our immunity did not know how to cope with so many bacteria on its own, humanity simply would not have survived to this day and would have played the battle for survival and evolution long ago. Many bacterial infections do not require antibiotic therapy if they are mild. For example, not all sinusitis and otitis media require antibiotics, especially by mouth. In principle, topical antibiotics should be preferred whenever possible. For example, if you have a splinter in your finger, it makes no sense to take an antibiotic inside. It is better to smear this place with an antibiotic-based ointment.

Overuse of antibiotics leads to bacterial resistance. Bacteria live for a very short time and change quickly, so they have time to adapt to new conditions for them. Therefore, the more antibiotics of different groups we use, the more inventive and stronger microbes become. Associated with this is the risk of nosocomial infections. It is in hospitals that the most indestructible bacteria live, which have learned to survive after exposure to a variety of antibiotics. Such bacteria are called super bacteria. They lead to the development of drug-resistant diseases, such as drug-resistant tuberculosis, which kills about 250,000 people every year.

Simple rules when taking antibiotics will not make your body worse:

What we think about antibiotics 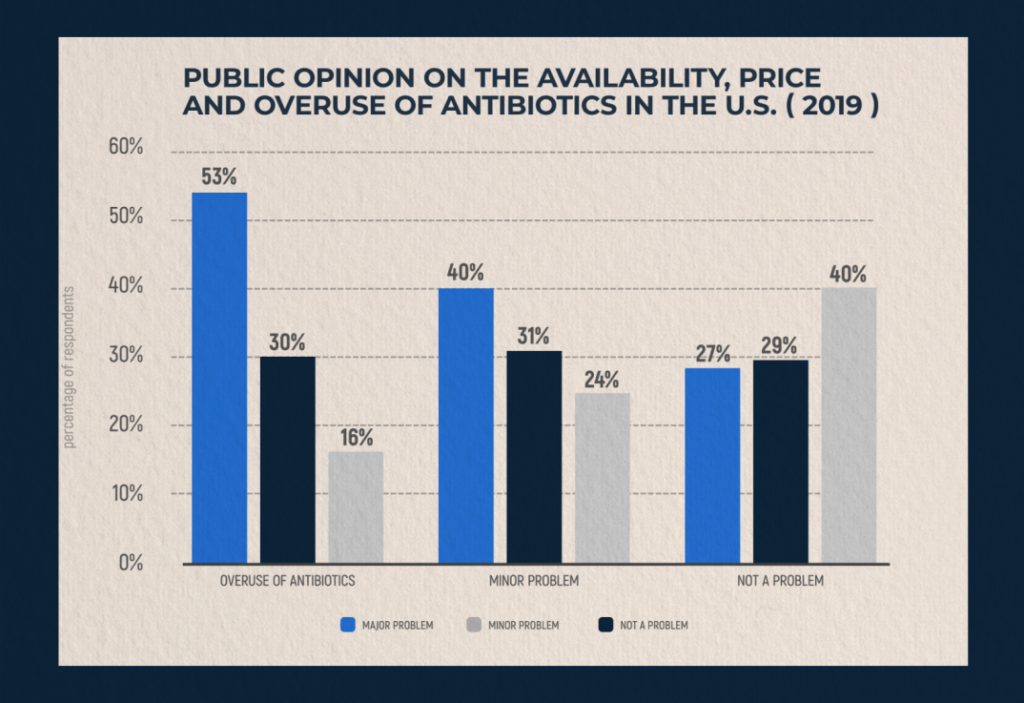 Are There Any Over-the-Counter Antibiotics?

Second, some oral antibiotics are also available over the counter if ordered from overseas. Then they are not subject to such strict prescription requirements as for drugs sold in the United States.

The most popular generics on the pharmaceutical market of antibiotics:

Generic antibiotics are not only significantly more affordable than their brand-name counterparts, they are also significantly easier to obtain without a prescription.